Dr. Andrew Soderstrom was not only a recent CSPD executive director but had a long and distinguished career at CDA and in California dentistry. We will miss this kind soul.

Please add your comments below.

Here is the notice of Andy Soderstrom’s passing and career achievements as reported in the CDA’s Latest News. 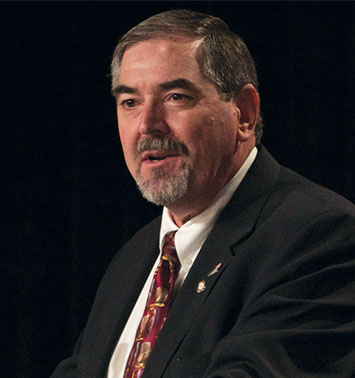 Andrew Soderstrom, DDS, CDA past president and a co-founder of CDA Cares, the CDA Foundation’s volunteer dental clinic, died Wednesday, April 29, following complications after a fall at his home in Modesto, California. He was 65.
Dr. Soderstrom held dozens of leadership positions in dentistry and several teaching positions over his 37-year career, including as assistant clinical professor of pediatric dentistry at the University of California, San Francisco School of Dentistry from 1986-1993.
At the time of his death, he owned and operated a private pediatric dental practice in Modesto and was in his eighth year as a provider at La Clinica Dental Clinic at Children’s Hospital in Oakland. He previously served as executive director of the California Society of Pediatric Dentistry and was a member of the CDA Political Action Committee. Soderstrom also held memberships in nine professional organizations, including the American Academy of Pediatric Dentistry, Pierre Fauchard Academy, International College of Dentists and Stanislaus Dental Society, where he also served as president in 1998.

He additionally served on many ADA and CDA councils and committees concerned with access to care, including as chair of ADA’s Council on Advocacy for Access and Prevention in 2017 and chair of the CDA Cares Management Committee from 2013-16.

In 1986, he returned to Modesto, opened his pediatric dental practice and began a lifetime of service with the Modesto Rotary Club.

‘Deeply committed to the community and access to care’
Soderstrom was instrumental in launching CDA Cares, which provides no-cost dental services to individuals throughout California who face barriers to care.

Before the Foundation hosted its first event, Soderstrom and a handful of other dentists and CDA staff traveled to Oregon to observe how the Mission of Mercy clinic operated. They brought that knowledge back to California to inform the planning of the first CDA Cares in Modesto in 2012. Together, the 16 events have provided $25.12 million in dental procedures to more than 30,000 underserved people.

He continued to support CDA Cares and served on the board of America’s Dentists Care Foundation, which provides dental chairs and equipment for the two-day clinics.

Soderstrom received the Foundation’s 2015 Humanitarian Award for his lifetime of outstanding, unselfish leadership and contributions to fellow human beings in the field of dentistry. The Modesto Rotary Club member of 34 years received numerous accolades from his colleagues, including Ariane Terlet, DDS, chief dental officer at La Clinica de la Raza in Oakland, who said Soderstrom made the weekly drive from Modesto to provide dental services on Fridays and many Saturdays.

“Our staff loved Dr. Andy. He was a constant and mentor in the clinic,” Dr. Terlet said. “He was deeply committed to the community and access to care. We spent many late nights and very early mornings working with other dental colleagues on addressing access-to-care issues. For this I will be forever grateful.”

Bruce Valentine, DDS, called Soderstrom a hard worker who was always prepared for a rotary work day or a rotary service project. “He cared for those who were underserved by society and those with special needs.”
The Soderstrom family has a long history in dentistry. Dr. Soderstrom’s father, E. Philip, and grandfather, Ernest, were both dentists in Modesto. Ernest served as CDA president in the 1950s and E. Philip was in line to serve as president but passed away prior. Soderstrom’s mother, Elizabeth, is a dental hygienist, sister Susan is a general dentist in San Francisco and brother Peter is a prosthodontist in Modesto.

Dr. Soderstrom is survived by his wife, Donna, his children, Jill and Matt, his mother, Elizabeth, his grandchildren, Reagan and Blake, sister, Susan, and brothers, Steve and Peter.

Contributions can be made in Dr. Andrew Soderstrom’s name to the Arthur A. Dugoni School of Dentistry Soderstrom Family Endowment. Funds raised by the endowment help to support the pediatric clinic at the school. 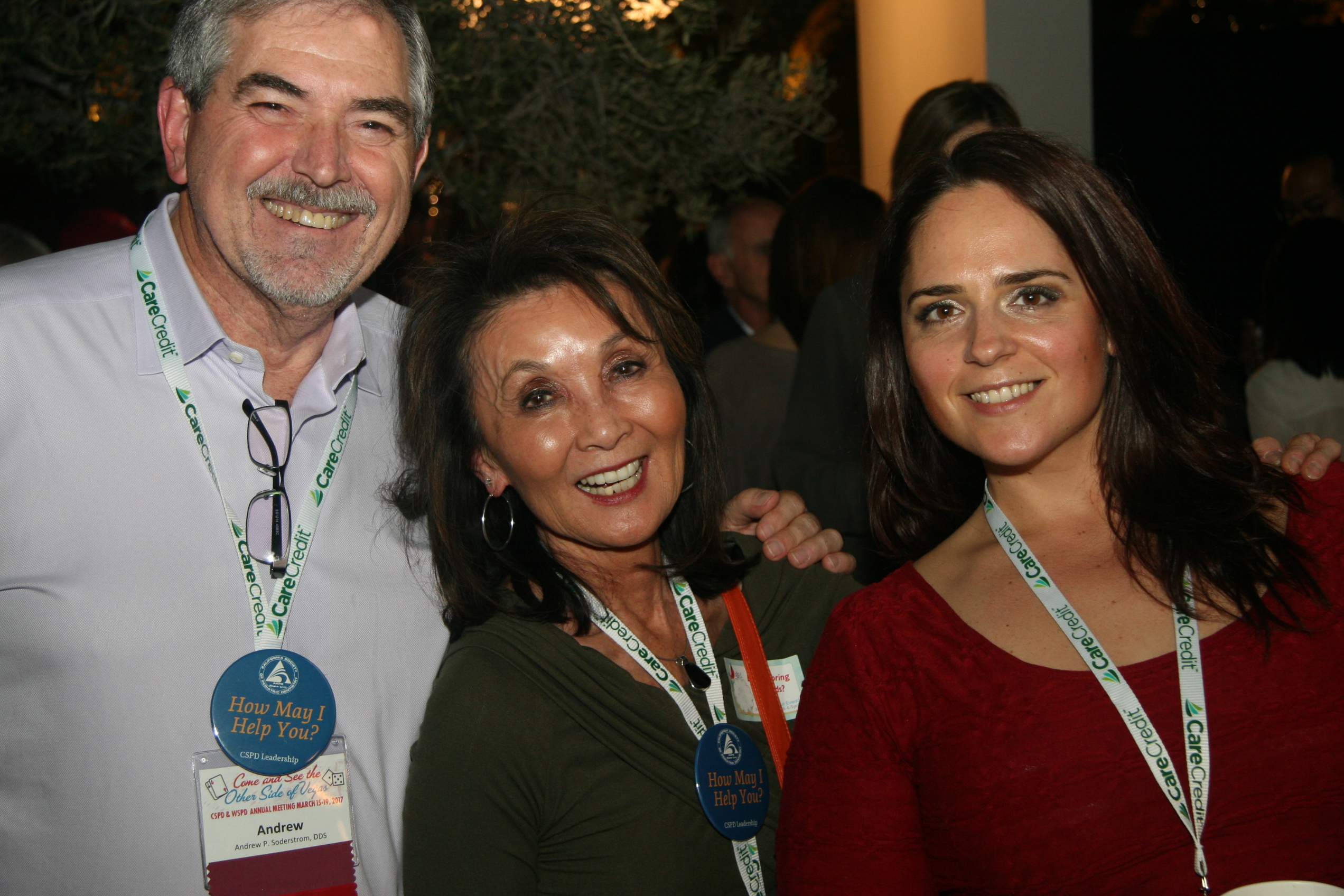 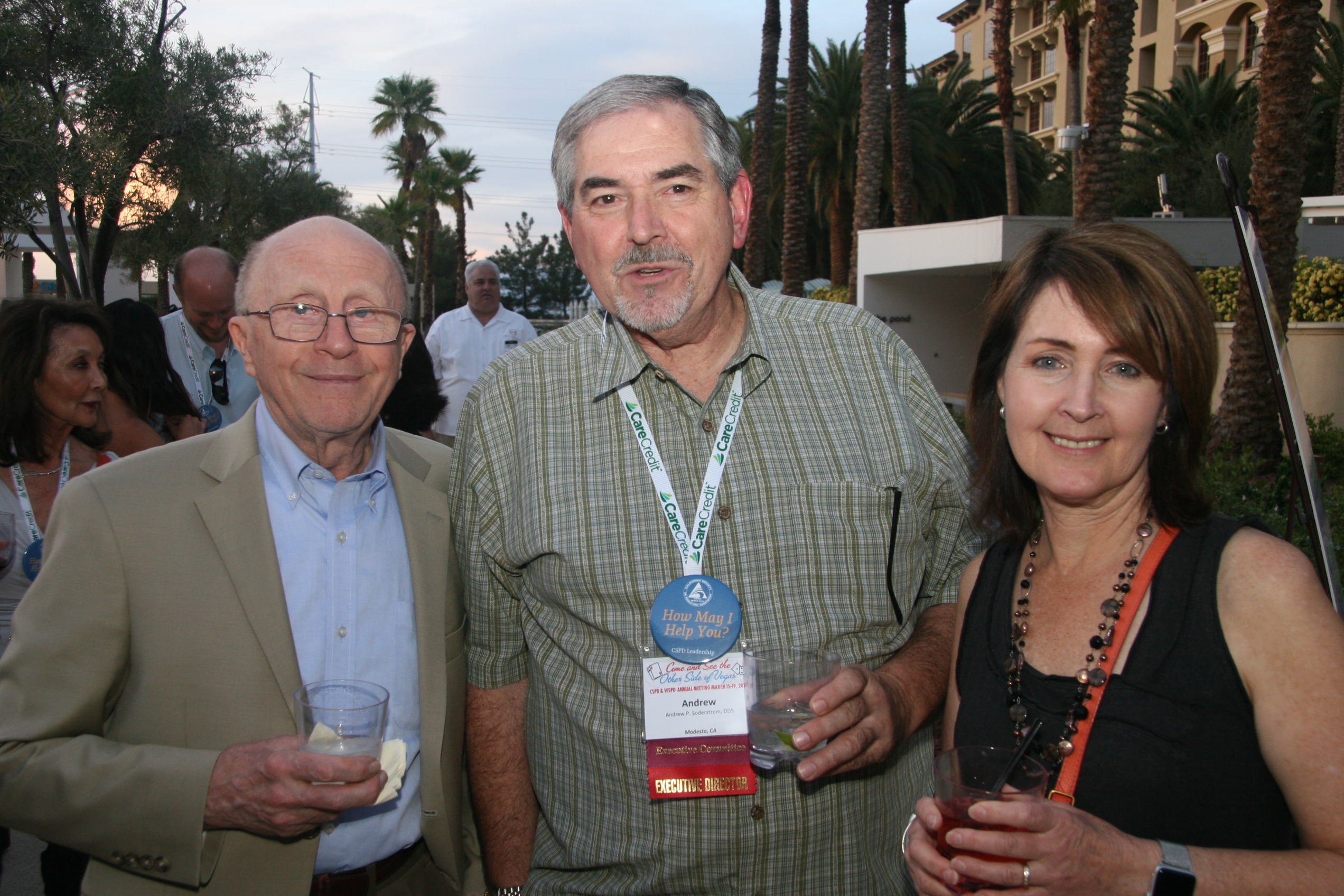 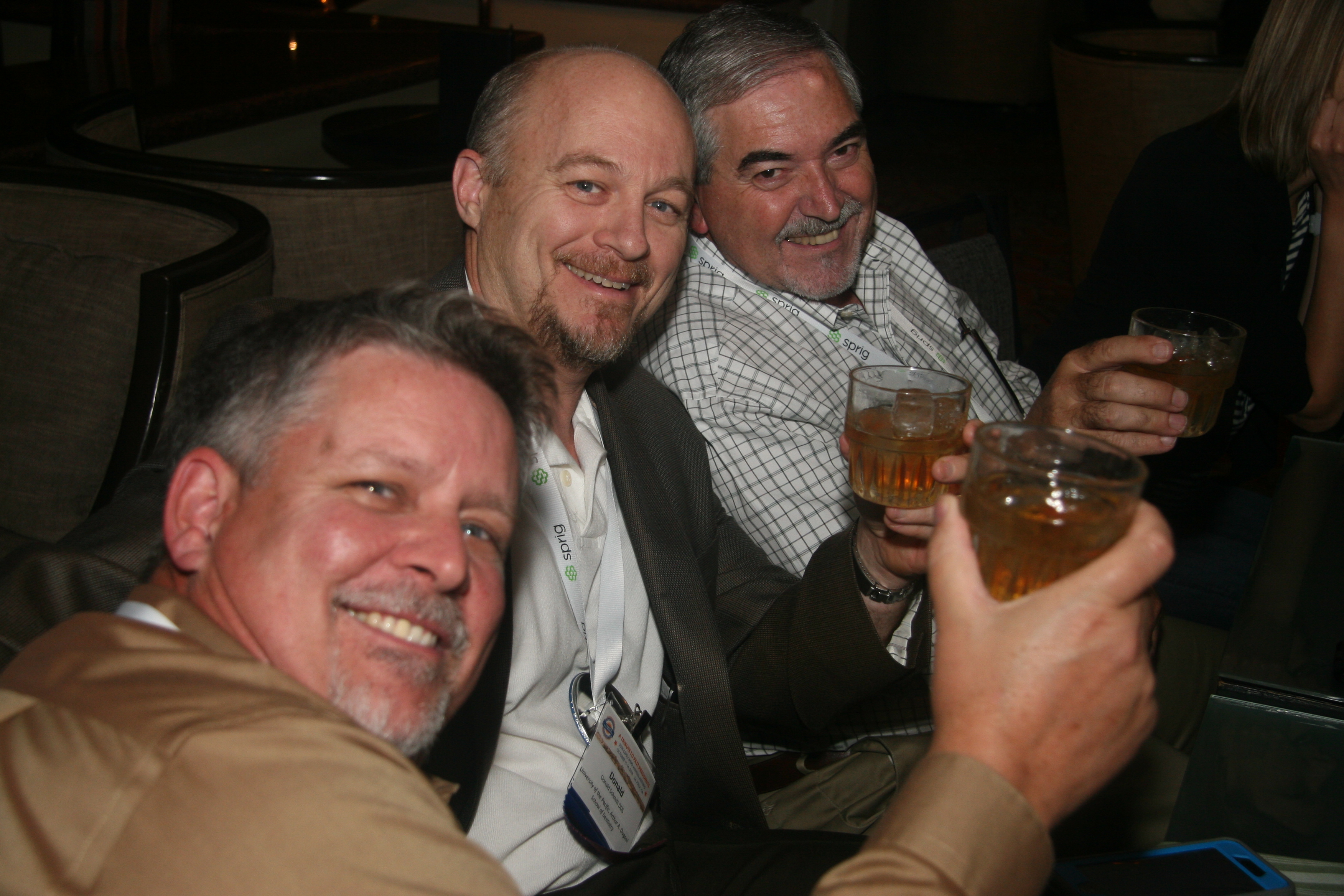 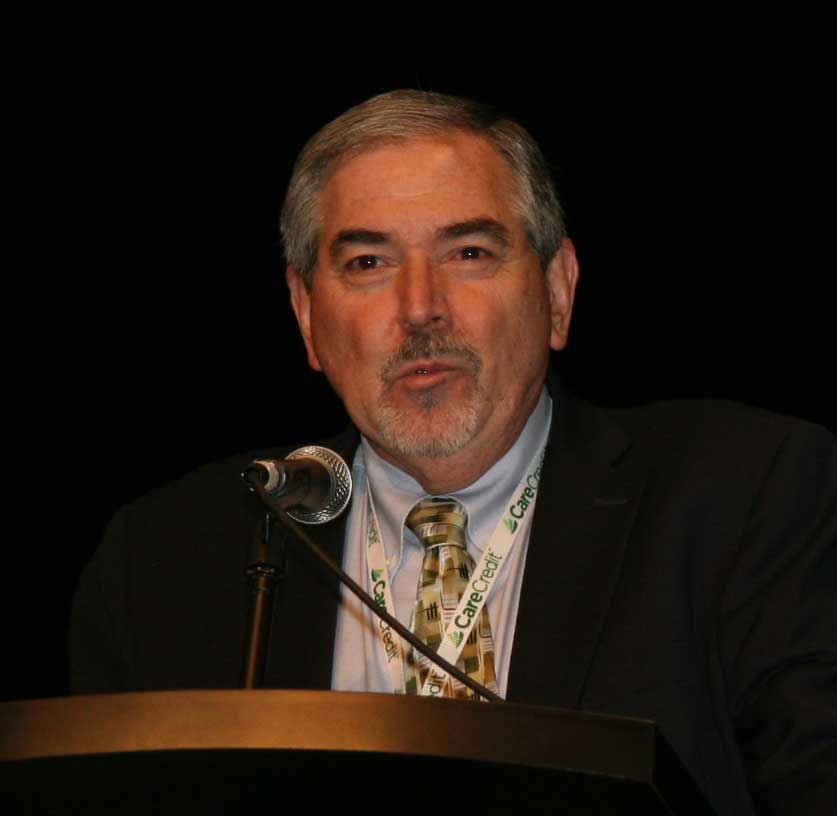 “While we could not have been more different, I deeply treasured our friendship. His smile always permeated the conversation, and his deep knowledge of all things pediatric dentistry gave me the foundation I relied while serving CSPD. Through great times and difficult, we enjoyed being on the same team. Andy quietly worked hard, and helped very much in making our era on the Board of Directors successful and enjoyable. The underlying current in everything he did was always to advocate for each other and our patients. I will miss his companionship dearly. I loved him so much.”
~ Susan Tavana DDS MS, Immediate Past-President CSPD

“Andy was a dear friend to all who knew him. He was a warm, giving man who volunteered his time, money and heart to pediatric dentistry. He was truly dedicated to caring for all children but had a special commitment to helping those in particular need through his work with Denti-Cal patients and CDA cares. Andy will be sorely missed by the dental profession and the innumerable friends he leaves behind.”
~ Don Schmitt, DDS, Treasure CSPD

Yepes-Pediatric Oral Radiology: From Radiation Safety to Lesions and CBCT

Problem with Display of Information Solved